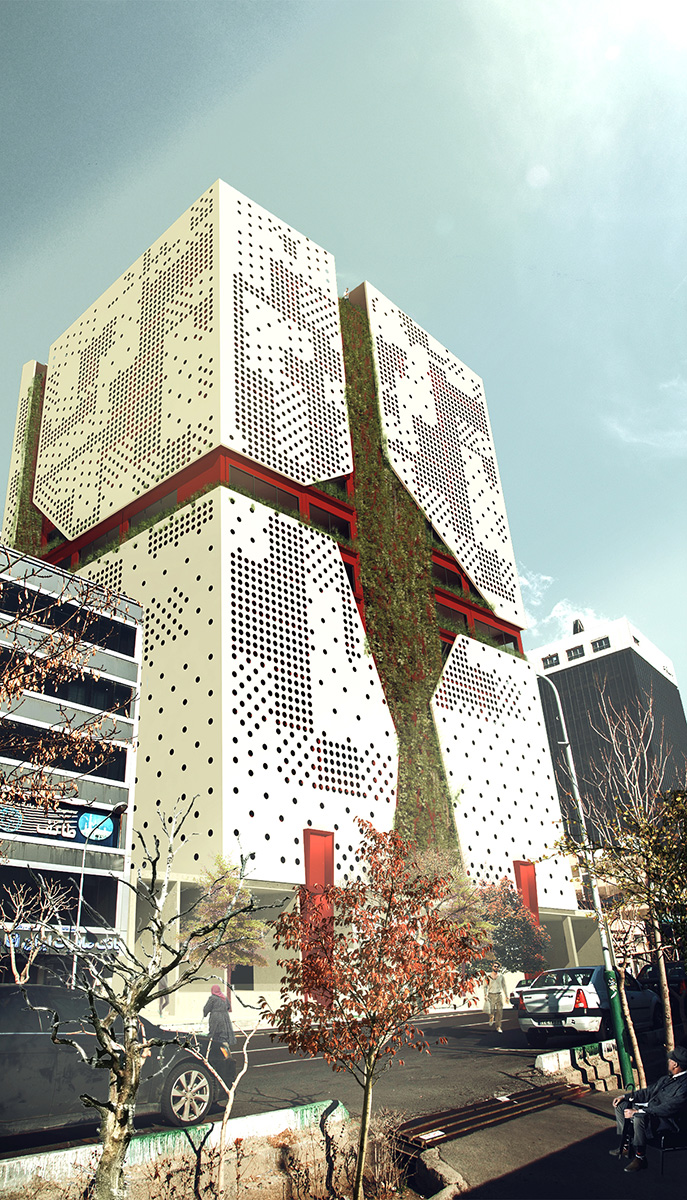 In a world that get sunk into war and social and political disasters, there are humanitarian organizations that are trying to make a balance between peace and violence by their volunteer work. Red Crescent society and Red cross are two of the biggest unpolitical humanitarian helpers in the world.

The office building of Iranian Crescent is located in one of the most important streets in Tehran called Taleghani street.

Path to Turn an Idea into a Design

In the meantime, Red Crescent logo and its colors (red and white) helped complete the design ideas.

A white layer, which is the main color representing Peace, was chosen to cover the whole mass like a shelter, which would not only have a conceptual meaning, but also be a shade to control the natural light shone on the building.

this incrustation has been perforated based on Red Crescent logo in a way that a red crescent can be seen on a white background.

The mass of the second layer has been shaped and inspired by Iranian Chiasm (symbol of eternity and purity) and classification of a Persian garden called Charbaq.

The angle of this circumlocution has been shaped by an inspiration from Peace sign (45 and 135 degrees).

Considering the green walls (in an active or kinetic way) on the wind straps and ducts, these indentations have become green and softens the air coming into the building.