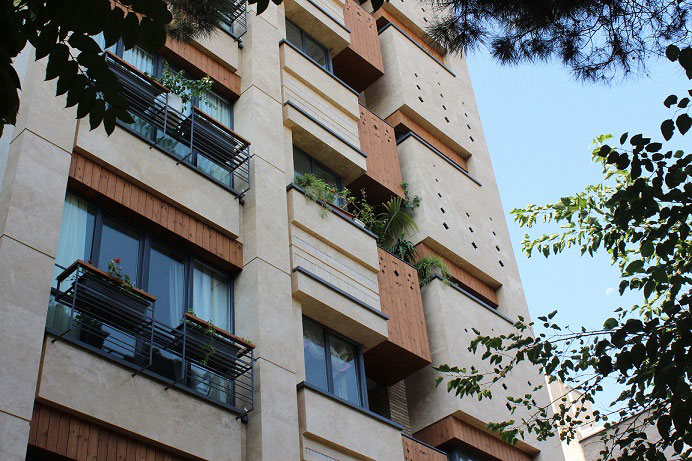 The Daad project has been constructed in an area of 270 square meters which is located in No. 12, Daad alley, Sartippi st, mirzapour st, shariati ave., Tehran with the total infrastructure of 1444 square meters and useful area of 810 square meters in 5 residential floors in single units, it also includes 3 floor joints i.e. Lobby and parking spaces on the first floor and parking spaces and depots on the 2nd and the 3rd underground floors.
The area of each residential unit is 162 square meters which includes a living room, a kitchen, two balconies (one of which is located in the northern part and the other is located in the southern part), a guest restroom, a laundry, three bedrooms, a joint bathroom and toilet and a master bathroom. 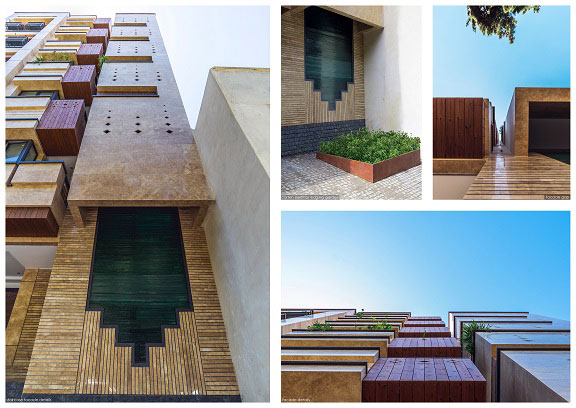 In this project the building plan, the facade and the inner details have all been designed and incorporated simultaneously. Meanwhile, each element has been effective on the others. The concept and leading approach which is noticeable among the facade and even the inner details of the building is merely based on the “Kilim” pattern design. The schemes existing in “Kilim” are those which seem to be quite familiar to the Iranians which conveys a feeling of warm attachment. Proper designs and patterns for each part of the building were redefined and designed through a vast research on the kilim's patterns of various Iranian tribes, such as the Varamin and Garmsaar nomads, Tribes of southeast of Iran(“Afshari”) or the Turkman carpets. These patterns can be seen on the stony wall of the staircase, wooden handrail of the balconies, the parking space numbers and the lobby's floor. 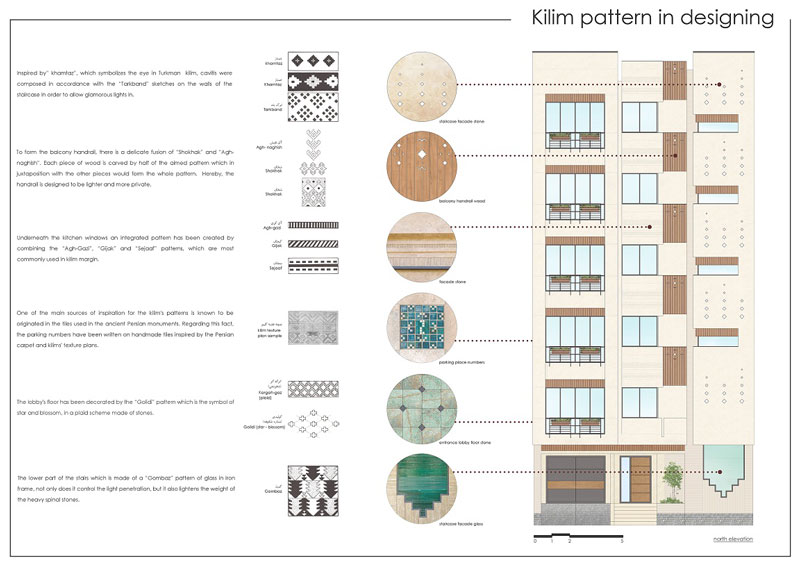 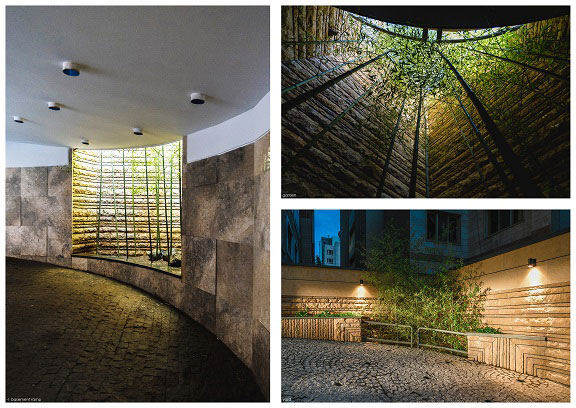 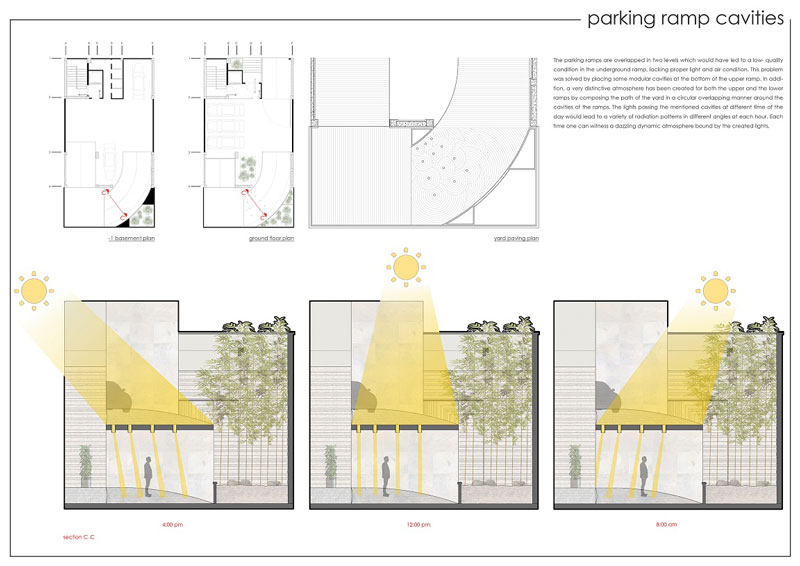 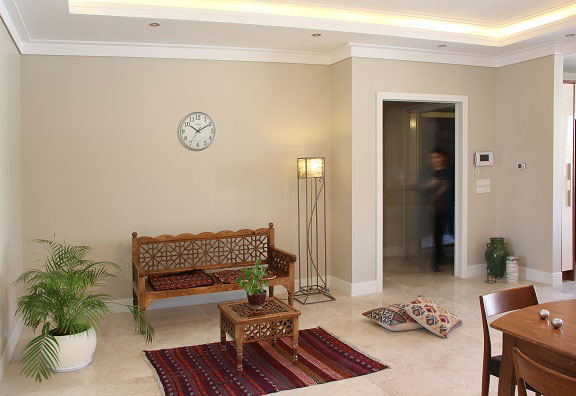